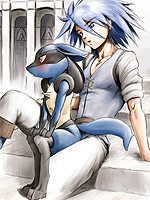 Hacker collective Anonymous has declared open season on the Japanese government for its passage of a draconian ban on illegal downloads and ripping, briefly taking down several government websites in a series of cyber-attacks.

The “Personal Illegal Downloads Punishment Act,” was recently proposed by the opposition LDP and their cultist stooges the Koumeito, and sailed through the Diet with no debate or opposition – 221 for, versus 12 against, with only the fringe left-wing maniacs of the Communists and Social Democrats, and a single Democrat, voting against.

As might be expected, the music industry’s belief that it will miraculously boost its declining sales was the most vocally espoused argument in favour of the law.

The most significant provision of the law is to punish offences of unauthorised downloads of copyrighted commercial audiovisual content with a maximum of 2 years in jail and ¥2,000,000 in fines.

The law also bans all ripping where it involves circumventing a protection system – which, in the best tradition of poorly conceived laws, apparently manages to leave ripping audio CDs legal as there is no protection system involved, whilst banning all format shifting of DVDs and BDs.

The download portion of the law comes into effect in October, whilst the ripping ban is due in January.

Some summary points about the “illegal download” law as it is currently understood:

Downloading copyrighted material was already technically illegal since 2010, but no penalties were attached

As a result the law actually leaves games, software, manga and text out – all these are still “legal” to download illegally

There are mixed opinions as to whether “downloading” includes caching or streaming – it has been pointed out that it may well ban YouTube if it does, and the final decision probably rests with police and how much they want to arrest a given person

It is a “shinkokuzai” law – for police to act, there has to be a complaint from a victim

This means police need a specific complaint to act upon – it seems unlikely copyright holders will be able to obtain this kind of information themselves in the case of private downloads, although public downloads are another matter

However, police have shown themselves willing to independently goad copyright holders into pressing charges by providing them with information from unrelated cases

As it potentially criminalises most of the computer-using population of Japan, there is some suspicion that police intend to use their new powers either to bring additional charges against people whose computers they have seized as a matter of course, or to initiate house searches in the hopes of finding additional offences with which to charge victims.

If Japanese police follow their typical pattern of behaviour (as they have done with uploaders), they will likely not crack down hard on all downloaders and infringing sites, but instead make occasional examples of offenders, or use the law to bring extra charges against people arrested for other reasons (handy if the original charges do not stick and thought to be a means of point-scoring for officers and prosecutors) or against sites considered inconvenient.

In response to all this, Anonymous has reared its ugly head, issuing an “official” press release in which it throws down the gauntlet to the Japanese government, who are doubtless quaking in their various Tokyo mansions:

Greetings land of the rising sun, we are Anonymous.

In recent years the content industry, politicians, and governments throughout the world have dramatically increased their efforts to combat internet piracy and copyright infringement. Unfortunately in doing so they have often taken the wrong approach which has lead to draconian laws, infringements of basic rights, and severely stunting the growth of technological innovations.

Japan, home to some of the greatest technological innovations throughout history has now decided to go down the path as well and cave into the pressures of the content industry to combat piracy and copyright infringement. Earlier this week Japan approved an amendment to its copyright law which will give authorities the right to imprison citizens for up to two years simply for downloading copyrighted material

We at Anonymous believe strongly that this will result in scores of unnecessary prison sentences to numerous innocent citizens while doing little to solve the underlying problem of legitimate copyright infringement.

If this situation alone wasn’t horrible enough already, the content industry is now pushing ISPs in Japan to implement surveillance technology that will spy on and every single internet user in Japan. This would be an unprecedented approach and severely reduce the amount of privacy law abiding citizens should have in a free society.

To the government of Japan and the Recording Industry Association of Japan, you can now expect us the same way we have come to expect you in violating our basic rights to privacy and to an open internet.

They have apparently wasted no time in making their presence felt – the websites of the Supreme Court of Japan, the Democratic Party of Japan and the Cabinet Office have all reportedly suffered DDoS attacks. 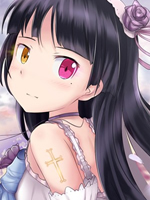 
As a result the law actually leaves games, software, manga and text out – all these are still “legal” to download illegally